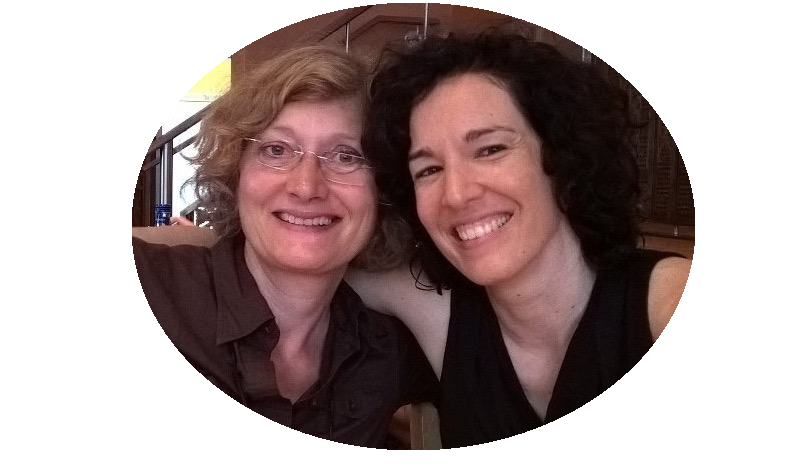 It all started with Gabriela Baumann…

“How does one get the idea of founding a charitable organization for children and women in need in Nepal and India? Well, in my case, by travelling to Asia and looking for holistic healing for body, spirit and soul – to become healthy again.

In October 2012, I discovered a professional Ayurveda centre in Pokhara Nepal and enrolled there for a three-week Panchakarma treatment. During my stay I met a fellow patient, an Australian lady named Georgina, who recommended a private accommodation in Kathmandu for my further travels. She also told me about a small school in Kathmandu that she had visited and where she had donated some teaching materials. Not without a hint of skepticism I met with Passang, the founder of that school, once I was in Kathmandu. He told the story of his life and about his dream: a schooling project in Nayapati, about 15km outside of Kathmandu. Passang himself had once been given the opportunity to receive a proper education through the donations of a sponsor and now he wanted to return the favour to children of his community. Passang had founded the school in April 2013 and today that school provides over 80 children from the Himalayan Mountains, near the Tibetan border, a basic education. All based on donations and sponsorships. The schooling project follows a sustainable approach: rice, wheat and vegetables are cultivated on the premises by the staff and the kids. Children are encouraged and supported to stay in close touch with the families.

The story touched me deeply, and I realized that his project, one of a number of endeavors he supports with an NGO he founded in 2004, could need support. Support I knew I wanted to give.

Shortly after my return to Germany my health was declining again and also I had an upcoming move to plan and do, so I had very limited time and energy to start working on supporting the project. However, the thought and motivation were omnipresent in my head and as my body was also yearning for more healing treatments, I went back to Nepal in October 2013. Prior to my departure I told my family and friends about my intention to support the school directly on site and how I would make sure that every donation would be used in the most effective and efficient way. That every cent would reach the children it was meant for.

Kristin, a friend of mine from California, made the spontaneous decision to come with me and as soon as we touched down in Nepal we just worked with Passang and in just two weeks we accomplished so much: a solar system for warm water, portable solar lights for times of power outage, teaching materials, sporting gear and  books were organized, warm coats, hats and pairs of socks were bought  – and we experienced so many wonderful moments with the children. The project had become my lovechild – great kids and a loving team of teachers and staff. I’ve found myself a big new family.

I quickly realized though, that to be able to give long-term meaningful support I had to find a new and official way to reach more people to support the project. I don’t believe in accidents, so I know I was meant to meet Katja and Chris in India a very short while after that.”

“I met Gabi in March 2014 in India and we immediately became friends, we had a very close connection from the start. I was so impressed by this warm-hearted woman, who had had a successful career in the hotel industry, and then after severe blows of fate found her way to Asia and was now a commuter between the continents. Her eyes sparkling with passion, she told me about this private primary school in Kathmandu, Nepal, that she had visited in the fall of 2013.

Still in Goa, I decided to become a sponsor for one of the children and when I travelled on to Nepal I visited Passang and his school and was deeply touched. Touched by their heartfelt hospitality and by the sensation of how much can be done with very little. Of how easy it actually is to help. I had 55€ of currency left from India and with that money Passang had started to build a canopied bamboo structure where the children today eat their meals. I will never forget that happy moment when Passang whats-apped me the picture of the completed structure a few weeks later! “every Euro makes a difference”, a sentence I had heard so often in the past when people asked for donations, a sentence that I always found rather abstract – now had a very tangible meaning for me.

Back in Germany I realized how my story resonated with my friends and my family and how a lot of people told me that they also wanted to help, donate or become a sponsor. Just as if they had only been waiting for a trigger to become active, to do something. Then, in June, Gabi came to Munich for a visit and we just decided to found EINFACH MACHEN e.V. together.”

The foundation of the association together with Kristin Kusser (told by Kristin):

“The threads of Gabi, Katja and me all ran together in the end: The universe also led me to India. The story started a bit earlier when, after many years in the IT industry, I was a successful marketing manager but felt an emptiness inside me that I wanted to fill: with meaning and impact. I often wondered where I could get involved or financially support a non-profit organization. At the same time, I lacked transparency with large NGOs or direct access to projects.

In 2013, I took a sabbatical and explored a part of the world that was to make a huge impression on me: I traveled to India. I had traveled all over the world before, and yet no country and its culture had ever touched me as much as this one. I knew deep inside that the trip and the encounters there had changed me forever. Back in Germany, the many questions about Indian culture did not let me go. Then I enrolled at university again to study Indology and learn Sanskrit. When we met again, my friend Katja told me about her trip to India and Nepal and her warm and inspiring meeting with Gabi and Passang. This was the connection I was looking for and immediately wanted to help. I took on a sponsorship for a Nepalese girl in “our” elementary school and took up the subject of finances. The rest is briefly told: we found other founding members, with whom we founded our own association together in Munich over a hot glass of chai: EINFACH MACHEN e.V. was born. The following year I also met Passang and took him to my heart.

Incredibly grateful and proud of what we have created with the association since 2014 and the impact we are making together with our supporters for the children, their families, the teachers and overall in Nepal.”

It feels so good to do good and we just do it. Together we can help. And everybody is welcome to join.